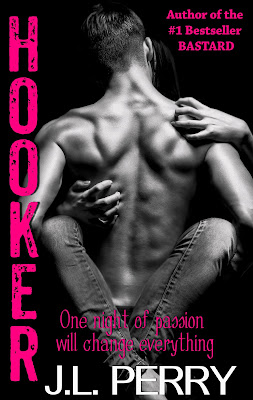 
Jade’s young life was tough. After her mother died during childbirth and her father could no longer look after her, she was placed in foster care where she stayed for the next ten years. She grew up feeling unloved and unwanted as she was passed around from one screwed up home to the next.

Things began to look up for her when she was adopted by a wealthy socialite at the age of eleven. Sometimes though, things aren’t always what they seem. Jade didn’t know it at the time, but her new adoptive mother had big plans for her, and spent the next seven years grooming Jade for that role.

Jade learnt early in life that she couldn’t rely on anyone but herself. Instead of letting her circumstances beat her, she took all the negatives she’d been dealt, and used them to her advantage. She grew up to be a strong, successful, determined and independent woman. She was a loner by choice.

The only thing lacking in her life was companionship and love. She’d never experienced it, so she didn’t know what she was missing, until she had a one-night-stand with a handsome stranger. One night, that would change everything.

Brock grew up privileged. He had everything going for him. Money, looks, charm, success and an endless array of beautiful women. He wasn’t interested in commitment. To him women were easy. They practically threw themselves at his feet. All they wanted was to do something nobody had ever managed before. Snare the hot, rich bachelor.

Then he met Jade. She was like a breath of fresh air. A challenge. Nothing like the women he was used too. Their one night together ignited something within him. A burning desire to own her, possess her, but Jade had other plans. Nobody says no to Brock Weston, nobody.

He’s left wondering about a woman he knows he can never have. But, when fate brings them together again, will he get what he wants? Will he be able to claim the unattainable? Or will her secrets crush him, and destroy any chance they have of being together? 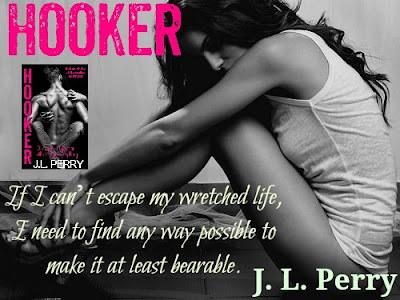 I enjoyed reading Jade and Brock's story. Their road to a HEA was a long one filled with a lot of drama which I just didn't see coming.

Jade's story is just heart-breaking.  She has been through so much in her short life and still has a positive attitude. She will not allow Madame Melody to have total control over her. She is able to find ways to do what she wants even if it does go against what she is expected to do.   Rupert was her saving grace and she will be eternally grateful to him.

Although I really enjoyed this story, I chose to give it 4 stars because I really felt like I was being told a story rather than experiencing it with them. I expected to be able to feel the emotions of the story more than I did. I wasn't connected enough to have tears during the sad parts, I didn't feel the suspense during the dramatic plot twists. Jade and Brock's story is a great one. But to me, it was a story, not an experience I have come to expect from this author.

After tightening the ribbon, I admire my ensemble in the mirror. It looks gorgeous.

‘Jade,’ I hear Brock call softly, after knocking on the cubicle door.

The hopefulness in his voice brings a smile to my face again. Without replying, I unlock and open the door slightly. He pops his head in and the look on his face does something to me. I’m so lost in it, I don’t even realise when he pushes the door open further, worming his way inside and turning the latch to relock it.

‘What are you doing?’ I whisper.

‘Sweet Jesus,’ is all he says as his arms wrap around my waist, drawing my body towards his. ‘You look incredible. We’re definitely buying this.’

‘I fucking love. Turn around.’

‘Christ,’ he groans as his fingers skim up the outside of my legs until they’re resting on my hips. In the reflection, I see his eyes planted firmly on my behind. He takes a step forward, rubbing his body against mine. When his gaze meets mine in the mirror there’s pure desire in his eyes. Nobody has ever looked at me the way he does. Nobody.

His hands encircle my waist as he draws me closer, pressing into my back. ‘What are you doing to me?’ he murmurs as his lips graze over my shoulder. I have no idea, but I’m pretty sure it’s the same thing he’s doing to me.

I moan softly, resting my head against his chest while his mouth trails a path up my neck. One of his hands palm my breast through the corset, and the other moves down between my legs. I’m so lost in his touch that I totally forget we’re still in the dressing room at the lingerie store.

I’m pulled back into reality when I hear the tearing of fabric. ‘Brock,’ I say, when my eyes fly open to see him shoving the now ruined panties I was just wearing into his pocket. ‘I haven’t even paid for them yet.’

‘Shhh,’ he whispers in my ear as the hand on my breast moves up to cover my mouth. ‘I’m going to fuck you now. I can’t wait another second.’ My eyes widen at his comment. Has he lost his mind? We can’t have sex in here. I see his other hand in the reflection of the mirror disappear behind me and the distinct sound of a zipper rings out in the silence that has now fallen over us.

My stance widens automatically. My head knows what we’re about to do is wrong, but apparently my vagina didn’t get that memo.

‘Do you even realise how sexy you are?’ he whispers as his hand finds its way between my legs again.

‘Mmmm,’ I moan into the palm of his hand, my body trembling with anticipation.

‘I’ll remove my hand if you promise to be quiet. Okay?’

I nod. I still can’t believe we’re going to do this.

‘Place your hands on the mirror,’ he demands. I do exactly as he asks. It’s ironic how I’ve hated being controlled my entire life, yet I have no qualms about following his orders. The way Brock takes control is sexy.

He rubs his cock between my legs as I push my hips towards him. I’m no longer concerned about what we’re doing. I want to feel him inside me.

I bite down on my lip when he slides inside me, trying hard not to make a noise.

‘Christ you feel amazing,’ he breathes as he pulls out slightly before pushing all the way back in.

‘Oh god.’ One of his hands grasps my hip, holding me in place, while the other tugs on my hair, tilting my head back so his mouth can cover mine.

My eyes roll back in my head as he deepens the kiss before picking up the pace. He slams into me in short, hard strokes. It feels incredible. The risk of the sales assistant discovering us only seems to heighten the experience.

It doesn’t take long for him to have me on the edge. ‘I’m … I’m,’ is all I get to say before we’re interrupted.

‘Is everything all right in there?’ I hear the skanky sales assistant ask. Shit. There’s no holding back. I’m coming whether I like it or not.

‘Ahh,’ I moan into Brock’s mouth as my body starts to shudder and my orgasm hits me full force. His hand quickly moves from my hip, snaking around my waist, using his strength to hold me up. When he pulls out of the kiss, I see a smile tug at his lips as his eyes lock with mine in the mirror.

‘We’re fine,’ he says in a breathless tone that has him sounding like he’s just run a damn marathon.
I see his eyes clench shut as his movements become more desperate. I can feel my vagina still pulsing around him and I know he’s about to come as well. Shit, could his timing be any worse? 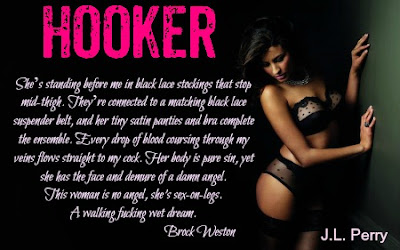 J L Perry is a mother of one son and a wife. She was born in Sydney, Australia in 1972, and has lived there her whole life. Her love of reading, from a young age, gave her the passion to write. My Destiny was originally written for her sister, in 2013. It was never intended to be published. However, after finishing this book, she felt there was still a lot of Brooke and Logan’s story left to tell. This inspired her to write My Forever. With the encouragement of her family and friends, she decided to follow her dream and become a published Author.

My Destiny is her debut novel in the Destiny Series. My Forever is the conclusion to this book. My Destiny and My Forever, won a gold and silver medal in the 2015 eLit Book Awards for digital publishing, with the Jenkins Group. Her series that included My Destiny, My Forever and Damaged, also won a first place in the Easychair online Bookstore annual awards in 2015. Her books received a perfect score from all the judges. Her third book Damaged - Jacinta’s Story was released October 15th, 2014. This is a standalone book, but is based on a character in My Forever. Her fourth book Against All Odds, is a standalone book, as well, but part of the Destiny Series. It was released in May, 2015.

Her fifth book Bastard, was self-published in September, 2015, and became a #1 Bestseller, before she signed a five book deal with Hachette. Bastard and Luckiest Bastard – the Novella, were re-released through Hachette on the 7th of December, 2015. Hooker is releasing on the 31st May, 2016. Jax and Nineteen Letters will be published late 2016.

J L’s love of romance and happy endings makes a perfect combination when it comes to writing her beautiful love stories. 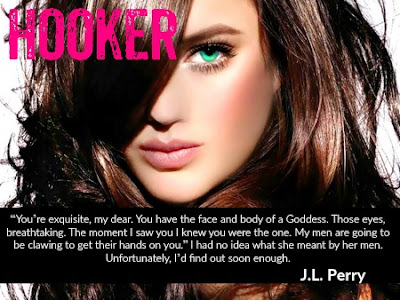